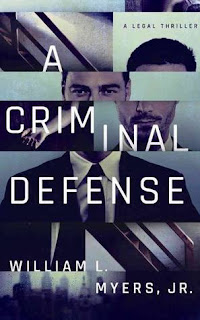 When a young reporter is found dead and a prominent Philadelphia businessman is accused of her murder, Mick McFarland finds himself involved in the case of his life. The defendant, David Hanson, was Mick’s close friend in law school, and the victim, a TV news reporter, had reached out to Mick for legal help only hours before her death.

Mick’s played both sides of Philadelphia’s courtrooms. As a top-shelf defense attorney and former prosecutor, he knows all the tricks of the trade. And he’ll need every one of them to win.

But as the trial progresses, he’s disturbed by developments that confirm his deepest fears. This trial, one that already hits too close to home, may jeopardize his firm, his family—everything. Now Mick’s only way out is to mastermind the most brilliant defense he’s ever spun, one that will cross every legal and moral boundary.-Goodreads

Review: Mick was a star prosecutor in Philadelphia when he decided to switch sides and join a private defense firm. When his wealthy law school friend is found fleeing a murder scene, Mick is hired to beat the murder charge. Mick tries to navigate the case while balancing financial issues, growing tension with his wife and brother.

I'm a huge Law & Order fan and I really loved the courtroom aspect of this book. I'm not an attorney but according to reviews from attorneys, the author really nailed how a trial goes. I found this to be fast paced and I only guessed part of the ending, so I was pleasantly surprised at how it ended.

Overall, I loved it.


"If you did do it, and if you have any intention of going to trial rather than accepting a plea, you must not tell me or any member of the firm that you did it. Under the code of ethics, a defense counsel’s ability to question his client at trial is severely circumscribed when the lawyer knows the client is guilty.”