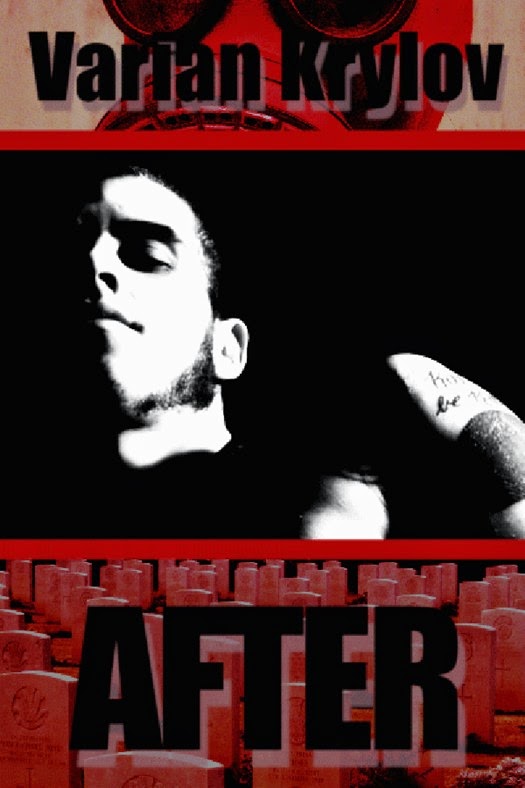 AFTER: A generation apart, two women and the men who love them make incredible sacrifices to survive, and to destroy a brutal system of sexual slavery in a world where men outnumber women ten-to-one.

After two years roaming the devastated South alone, eighteen-year-old Eva is captured and held prisoner by the few surviving soldiers at a military base, who haven't seen a woman since The Dying. In Eva, Major Smith sees only the future of the human race, and he'll exceed all moral boundaries to ensure she gives birth to the next generation. But Eva and John--the man she is paired with--are determined to fight for freedom and a better future.

Two decades later, on the other side of the country, a Resistance woman is captured and brutally punished for subverting the Sex Laws. When she flees to the Resistance, Nix must decide if the man who helped her escape can be trusted, or if he's a spy using her to infiltrate the counter-slavery movement. As Nix makes her way east, her story twines with Eva's in a way neither woman could have imagined.

Review:  'After' is a brutal, dystopian tale with graphic violence and sex. This is definitely a unique look at the future and is not for the faint hearted. While I overall enjoyed the book, I have conflicting feelings about our heroines Eva and Nix.

Part 1 - Eva
What I liked: the world building was very interesting and I could visually imagine this desolate world.
What I didn't like: The main characters in the first section (Eva, John and Major Smith) never felt like real people to me. More backstory was dedicated to minor characters than these three. Eva, especially, was very unbelievable once she was in the compound. She's wandering around for two years, malnourished and somehow still has her period? Okay, let's assume that's true. She experiences some difficult situations (I'll avoid spoilers) and then decides she is going to comfort the soldiers. Whenever I hear the song Fixer Upper line (yes, I'm referencing Frozen in this review) "People make bad choices if they're mad or scared or stressed. Throw a little love their way..." I think of her-that should be her theme song. I just can't believe a young girl who went through such trauma would be able to do the things she did so quickly. Also-there was a lot of graphic sex in the book. It is not erotic and I'm by no means a prude (I love smut) but I don't think the graphic sex added anything to the story.

Part 2 - Nix
I really enjoyed the second part of this book. The revolution aspect was fascinating, as well as Nix. She's a survivor who is trying to make the world a better place and she was someone I could route for. Her journey across the states was harrowing and I couldn't wait to see how she would end up.