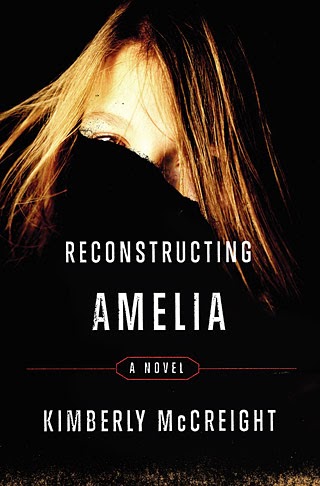 Kate can't believe that Amelia, an ambitious, levelheaded girl who's never been in trouble would do something like that. But by the time she arrives at Grace Hall, Kate's faced with far more devastating news. Amelia is dead.

Seemingly unable to cope with what she'd done, a despondent Amelia has jumped from the school's roof in an act of "spontaneous" suicide. At least that's the story Grace Hall and the police tell Kate. And overwhelmed as she is by her own guilt and shattered by grief, it is the story that Kate believes until she gets the anonymous text:

Sifting through Amelia's emails, text messages, social media postings, and cell phone logs, Kate is determined to learn the heartbreaking truth about why Amelia was on Grace Hall's roof that day-and why she died.-Goodreads

Review: A book hyped as the new Gone Girl with a Gossip Girl-esque setting? Yes, I was intrigued and had to read it. Told in alternating narratives and timelines, we follow Kate dealing with the tragic death of her daughter while we follow Amelia in the weeks leading up to her untimely demise. There are a lot of themes in this book, including bullying, friendship, peer pressure and sexuality. The teen characters are mostly one dimensional, the adults appear to be more immature than their children, the investigation was laughable (Kate travels around interviewing people with the homicide detective). I didn't even care for the ending, however- I couldn't put this down! As a mother of a young daughter, these books draw me in and scare the hell out of me at the same time. Overall, this was a fun read.

Labels: B, Kimberly McCreight, YA: Fiction